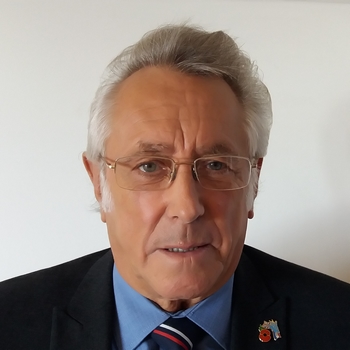 I was elected to Minster Parish Council in 2010 where I now serve as Chairman of the Finance committee and Chairman of Highways and Transport committee.

I was born in 1944 in Mottingham and educated in main stream Secondary School then spent 5 years at a South London Technical College.  I entered the motor trade in 1959 and became self-employed in 1972.

I love Minster dearly, and will always do my best to retain its village atmosphere, but we do live in 2017 with all the problems that brings.   I carry out volunteer work in and around the village.  I look after the High Street Car Park and tidy the old Cemetery and the Highways of the village.

I am President of the Royal British Legion Club.